Intel processors are the brand that is most widely used in computers or gaming PCs. Intel’s market is also very large, around 70% worldwide. So many, we will have no trouble finding a computer powered by an Intel processor. Starting from Alienware, HP Omen, to Asus ROG, most of the newest computer models are equipped with the latest Intel Core. Because it dominates, there must be a reason why Intel is used more in gaming computers. Here are the advantages of Intel processors.

One of the advantages of Intel processors is that they do not heat up quickly. Intel has advanced technology that can regulate the temperature or temperature of the processor. When the temperature starts to heat up, the processor automatically lowers the clock speed to avoid possible overheating. This is what makes Intel quite comfortable to use in thin computers. In addition, thin gaming computers also use Intel a lot because they are relatively easy to cool compared to AMD.

Processor temperature is very influential on user comfort. If the processor heats up quickly, it will quickly damage the processor and the palm rest and keyboard will feel hot to the touch. Laptop manufacturers also don’t have to bother creating complex cooling systems inside computers.

Intel’s Branding Is Better Than AMD

Intel processors have a good reputation when it comes to computer processors. Because the experience of producing processors is longer, Intel has a myriad of ways to attract the attention of world consumers. Various processor variants are presented to target many segments at once. For those of you who are looking for a gaming computer, Intel has 3 variants of suitable processor models, namely Core i5, Core i7, and Core i9.

The Intel Core i9 variant has the highest specifications compared to other variants. This processor is suitable for hardcore gamers and PC enthusiasts who need high gaming performance and don’t heat up quickly. Gaming computers with Intel Core i9 are widely available in the market. For example, the MSI GT75 8SG Titan is equipped with an Intel Core i9 8950HK with 6 cores / 12 threads, clock speed up to 4.8 GHz, 12MB cache, and 45W TDP.

Different from the advantages of AMD processors that favor graphics, Intel has better overall performance. Intel’s strengths not only stand out on one side but overall. So even though in terms of graphics it is still inferior to AMD, but in terms of multimedia and power efficiency, Intel is still better than AMD. This is what makes many people prefer Intel because it has a more balanced performance.… 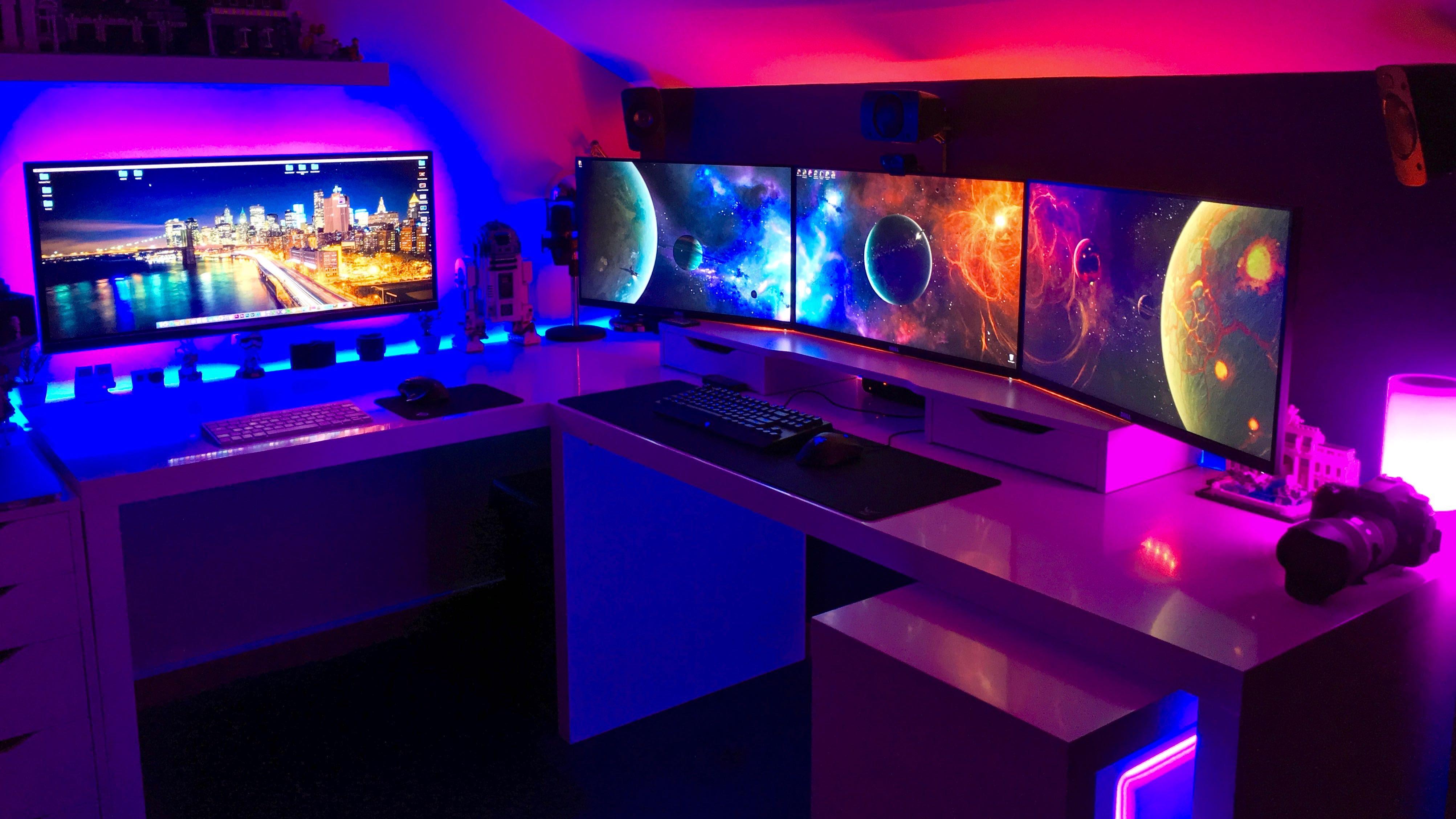 AMD Ryzen processors are one of the best processor brands for gaming. For some people, the name AMD may still feel foreign. Even AMD is often underestimated. But make no mistake, after removing the Ryzen series processor, the AMD processor deserves to be the main choice when you buy a gaming computer. What are the advantages of AMD Ryzen processors for gaming?

AMD Ryzen Integrates Directly with Radeon Vega. One of the advantages of AMD Ryzen is that it is integrated directly with the Radeon Vega Series graphics card. Armed with these graphics, gaming computers with AMD Ryzen can certainly devour the latest games smoothly. Not only that, for those of you who are looking for a computer for graphic design, a computer with AMD Ryzen is also very sufficient to meet your needs.

Radeon Vega already supports FreeSync 2.0 and HDR features so that the graphic display on the computer screen will be more attractive and alive. In addition, for content creators, AMD Ryzen processors also support 4K video. So you can easily process high-resolution videos, including multitasking.

Compared to the Intel Core i7 processor, AMD Ryzen 7 is still better for multitasking needs. For example, when you play a game while running the OBS (Open Broadcaster Software) application. Laptops with AMD Ryzen 7 only experience a decrease in performance and speed of up to 1%. Unlike the Intel Core i7 which can drop up to 18%.